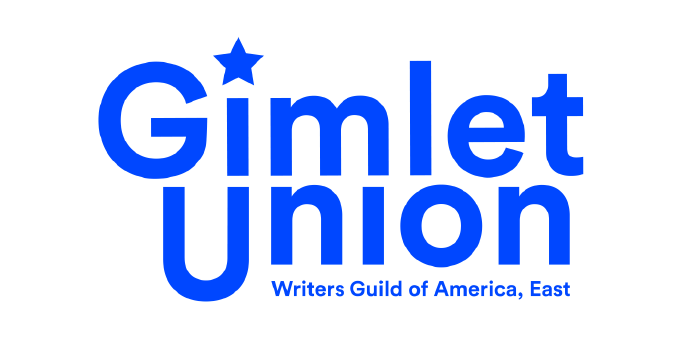 In March 2021, the 48 members of the bargaining unit at Gimlet unanimously voted to ratify their first contract—and, what’s more, the staff union at fellow podcast company The Ringer (who were at the bargaining table at the same time as Gimlet) unanimously ratified theirs just a few days after that. Highlights from the contract include, for example: significant increases to salary minimums; limitations on the use of contractors within bargaining unit positions; as well as guarantees for severance, health care, and diversity; in addition to just cause and union security. You can find more details on both the Ringer contract and the Gimlet contract here. You can also read the full contract.

Gimlet Media announced its staff union with the WGA East in March 2019; they then won voluntarily recognition from management in April. You can also read about the unionization in The Verge.

As Spotify’s reported $230 million acquisition of Gimlet makes clear, however, Gimlet is no longer the small, scrappy operation memorably documented on the first season of StartUp. Our union is an expression of passion for what we do; and a proactive effort to work with management to shape the future of the company. It’s important for us to solidify the things that make Gimlet a great place to work, and to address whatever issues may arise.