Naomi McDougall Jones reads from The Wrong Kind of Women

The Wrong Kind of Women: Inside our Revolution to Dismantle the Gods of Hollywood

She has been a vocal advocate for bringing gender parity to film, both on and off screen. She has spoken at film festivals and conferences around the world and written extensively on this subject.

Her TEDTalk on these issues and what to do about them, “What it’s Like to be a Woman in Hollywood,” has been viewed over a million times.

She is currently at work on her third feature screenplay, Hammond Castle, a magical realism film that explores themes of identity, legacy and gender through a modern-day seven-month pregnant woman’s unexpected interaction with the brilliant, eccentric and deceased inventor John Hays Hammond, Jr., for which Naomi received the honor of being the first artist-in-residence at Ernest Hemingway’s final home in Sun Valley, Idaho.

O’Shea is a film and television writer and producer, and an Assistant Arts Professor at the NYU Tisch School of the Arts. She worked as a writer on NBC Universal/Wolf Films: LAW & ORDER: SPECIAL VICTIMS UNIT and LAW & ORDER: CRIMINAL INTENT. Her television pilot scripts include GOLDEN PARACHUTES/THIEVES LIKE US for Fox Television Studios. She has also worked as an assistant editor, editor and producer on documentaries and numerous independent and short films. 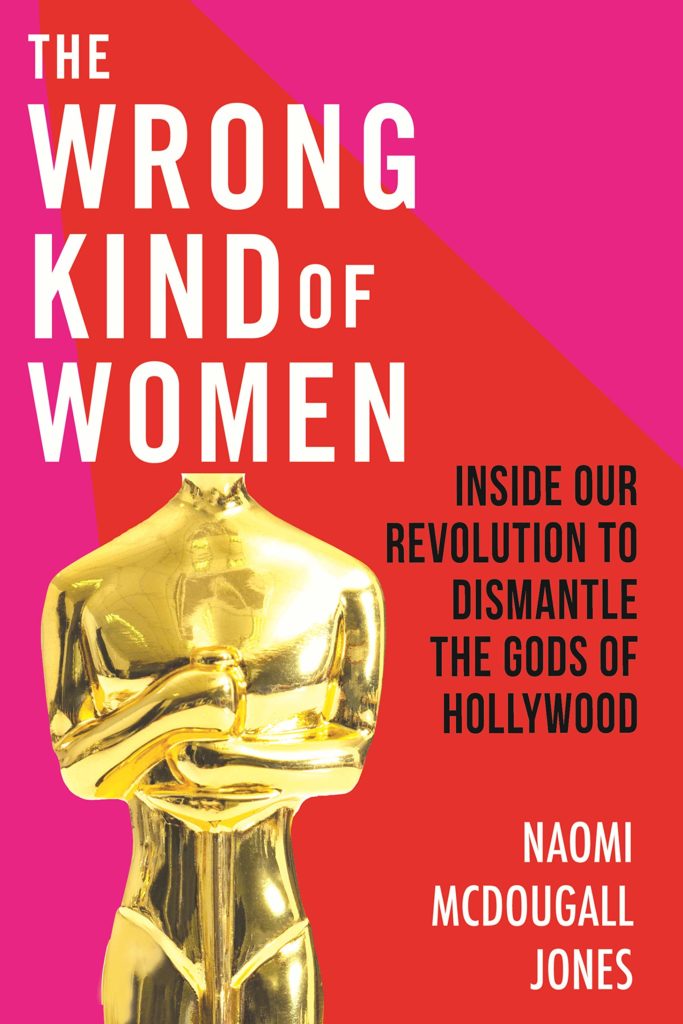 Beacon Press just released Naomi McDougall Jones’ debut book, The Wrong Kind of Women: Inside Our Revolution to Dismantle the Gods of Hollywood on February 4th and is now available in hardcover, audiobook, and e-book wherever books are sold. It debuted as the #1 New Release on Amazon for the Entertainment Industry.

The Wrong Kind of Women is a brutally honest look at the systemic exclusion of women in film–an industry with massive cultural influence–and how, in response, women are making space in cinema for their voices to be heard. In addition to providing an incisive, data- and human-driven look at where we are, Naomi provides clear and actionable steps to move the industry forward.

The book debuted as the #1 New Release on Amazon in the Entertainment Industry and is receiving an electric early response from reviewers with Booklist and Kirkus Reviews calling it “bold,” “convincing,” “passionate,” “well-written,” “urgent,” and “necessary,” and Publishers Weekly writing, “Film viewing will never be the same after reading Jones’ insightful look at the reality of being female in Tinseltown.” Rose McGowan said of the book, “We need truth. The curtain must be pulled back, and Naomi McDougall Jones has done just that.” (More advance praise at the bottom of this email.)

The book’s author, Naomi McDougall Jones, a 13-time award-winning writer, actress, producer whose TEDTalk What it’s Like To be a Woman in Hollywood has been viewed over 1 million times and set off a global outpouring of support for the movement. More information at www.naomimcdougalljones.com.

Advance praise for The Wrong Kind of Women

“Drawing on more than 100 hours of interviews and abundant studies and news articles, actress, writer, and producer Jones makes her book debut with a spirited critique of the film industry’s treatment of women at all levels . . . . Jones offers concrete suggestions for change within and outside of the industry, including by filmgoers who should ‘vote with your dollars.’ A bold, convincing call for new voices and perspectives in cinema.”

“Jones’ writing has an honesty and energy that make the book a real page-turner. . . . The Wrong Kind of Women is an outpouring of passion that will change the ways in which movies are seen.”

“Debuts with a timely look at how women are undervalued in Hollywood, on and off the screen. . . . Film viewing will never be the same after reading Jones’s insightful look at the reality of being female in Tinseltown.”

“Writer and producer Jones draws on data, personal experience, and interviews with industry professionals to reveal the systemic sexism that continues to shut women out of film. . . . But while Jones is clear-eyed about the problems women face in film, she is also optimistic about the future, identifying strategies to create more inclusive movies and highlighting the work of those endeavoring to change the industry. Well written, passionate, and occasionally shocking, this urgent and necessary book will appeal to film buffs and feminists alike.”

“We need truth. The curtain must be pulled back, and Naomi McDougall Jones has done just that.”

“Over the last several years, the true nature of Hollywood has been revealed. Naomi McDougall Jones adds to the discourse and shines a stark and brutal light on the patriarchal and racist systems that women experience in all facets of the Hollywood system. The Wrong Kind of Women is a call to arms for both men and women who desire the industry to be more equitable and inclusive.”

“A stunning eye-opener . . . . Naomi’s extensive research is extraordinary, and her charming, sly, and witty voice invites us to understand the problem while still enjoying the process and imagining solutions. The Wrong Kind of Women is a must-read textbook for every introductory film class. Moreover, it’s a superb resource for anyone interested in issues of gender equality in American media.”

“The Wrong Kind of Women is a unique and refreshing combination of honest memoir, incisive journalism, and farsighted prescription for the sexist practices that have hurt not only Hollywood but society in general.”