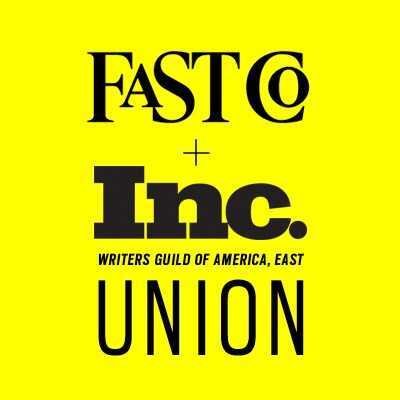 The new three-year agreement for Fast Company and Inc. will see the salary minimum increase to $60,000 by 2023, up from $50,000 in the original contract. There will also be across the board salary minimum increases for every unit position and an increase in the annual cost of living raises, up to 4.25%, up from a maximum of 3% in the last contract.

The Fast Company and Inc. Bargaining Committee said, “We are thrilled to have been able to negotiate a new contract that we feel will make Mansueto Ventures a better, more equitable place to work for the next three years. We’d like to thank management for negotiating in good faith, and we look forward to the implementation of these new policies for our unit members.”

Lowell Peterson, Executive Director of the Writers Guild of America, East, said, “The WGAE members at Fast Company and Inc. won a second collective bargaining agreement that successfully builds off our first union contract with Mansueto Ventures. Thanks to a strong bargaining unit, the union was able to make significant gains in pay, benefits, parental leave, ending NDAs, and expanding the company’s commitment to diversity. The Guild will continue to fight for contracts that allow journalists to build sustainable careers and protect their creative work.”