Gimlet Media Unionizes with the Writers Guild of America, East 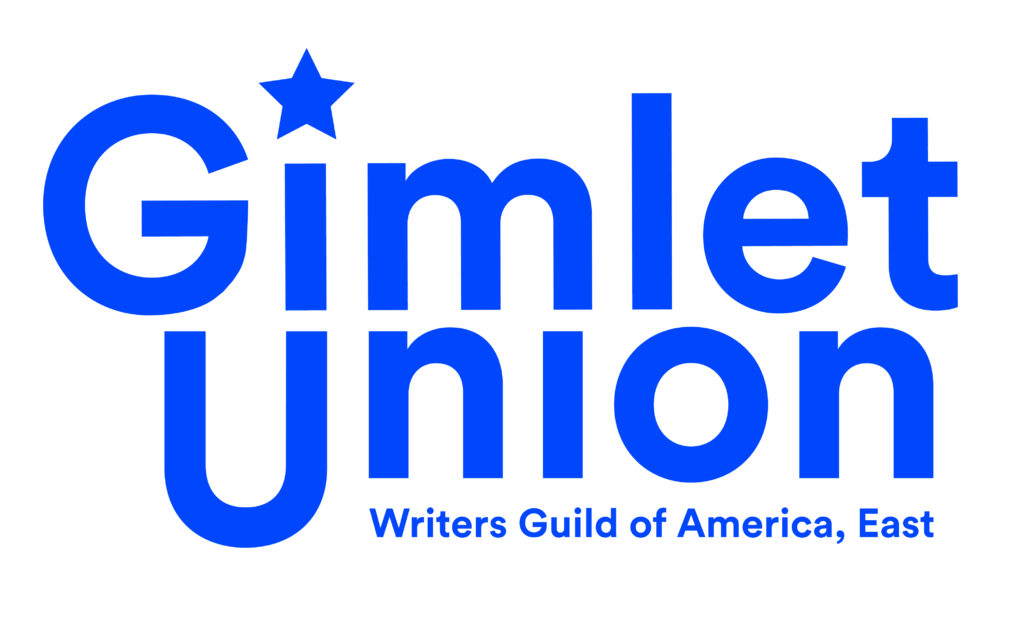 In a first for the podcasting industry, Gimlet Media’s employees today announced they have unionized with the Writers Guild of America, East (WGAE). A clear majority of the 83-member creative staff has signed union cards and called on management to voluntarily recognize the Guild as its collective bargaining representative.

Based in Brooklyn, Gimlet’s podcast network includes such popular shows as REPLY ALL, CRIMETOWN, THE CUT, THE NOD, HOMECOMING and EVERY LITTLE THING. Gimlet podcasts are downloaded over twelve million times per month by listeners from nearly 190 countries around the world.

Lowell Peterson, Executive Director of the Writers Guild of America, East, said, “Podcasting is one of the most exciting new media platforms for storytelling and Gimlet is at the forefront of creating compelling content. We welcome the people in this field into our Guild, where we will work to ensure they are afforded rights and protections like those won by other content creators working in film, television, news and new media.”

The Gimlet Media Organizing Committee issued the following statement explaining why they are organizing:

As Spotify’s reported $230 million acquisition of Gimlet makes clear, however, Gimlet is no longer the small, scrappy operation memorably documented on the first season of ​StartUp. Our union is an expression of passion for what we do, and a proactive effort to work with management to shape the future of the company. It’s important for us to solidify the things that make Gimlet a great place to work, and to address whatever issues may arise.