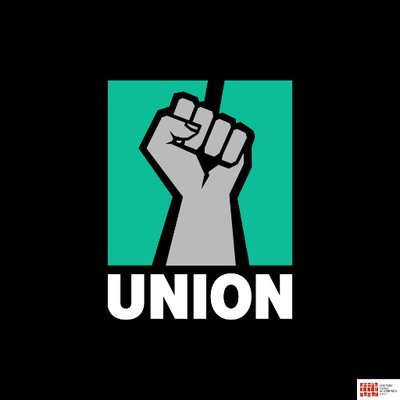 The HuffPost Union Bargaining Committee said, ““We are so proud of our second union contract, which was negotiated over several months and culminated in an intense four-day marathon of bargaining. We were able to tackle a very challenging and at times emotional process because of the mutual respect, support and solidarity we felt from our entire unit from beginning to end. By sticking together as a collective, we were able to preserve past wins on pay and severance, as well as secure critical new protections — including legal support, additional time off for night and weekend workers and a commitment to interviewing at least one diverse candidate for every job opening. And if HuffPost gets sold, our hard-won union contract remains in place, thanks to our new successorship clause.”

The three-year agreement includes significant gains beginning with across-the-board annual raises of 3% for all workers. The majority of positions will receive a compensation increase on title minimums of 3% in 2020, 3% in 2021, and then by 3.25% in 2022 — with one exception: this year, minimum salaries for the titles Senior Reporters and Editors will increase by 4.5%; in the following two years, these minimums will go up along with the other positions by 3% and 3.25%.

A priority among the unit was to further the organization’s support for an inclusive workplace. To that end, a Diversity Committee will get $35,000 a year for journalism-related programs. The contract also introduces the Rooney Rule to ensure the company makes “reasonable efforts” to interview at least one diverse candidate (LGBTQ+, BIPOC, disability) for every job opening, groundbreaking language for disability accommodations and accessibility, non-discrimination language and gender pronoun protections.

The contract also has a commitment to providing legal representation to employees and former employees who get sued over their work for HuffPost. This is significant as Verizon initially wanted to condition legal indemnification upon employees being in compliance with Verizon’s Code of Conduct, which clearly was not written with journalism in mind. After weeks of negotiations, the union secured language that makes clear that, in cases where the Code of Conduct conflicts with standard journalistic practices, employees only need to be compliant with journalistic ethics, as defined by the HuffPost Style Guide and the Society Of Professional Journalists code of ethics. And, as a result of our efforts, Verizon Media will make clear that it’s going to interpret the Verizon Code of Conduct for all its journalists—including reporters at Yahoo and TechCrunch—in a way that’s consistent with journalistic ethics.

HuffPost Union also won important gains, including the employer cannot hire a contractor for bargaining unit work on any team for more than a 12-month contract. In addition, a new Contractor Assessment Committee, comprised of both union members and management, will review how HuffPost uses contractors. The new rules also include language that adds transparency from management on who they’re hiring on contract, what they’re doing, and how long they’re assigned to work.

Finally, the staff won important successorship language, so in the event HuffPost is sold to a new owner, the Guild’s union contract remains in effect and protects workers. The contract also preserved existing policies around parental leave, severance, just cause, and union security.

Lowell Peterson, Executive Director of the Writers Guild of America, East, said, “The Guild reached an agreement with HuffPost that makes critical gains in compensation, inclusion, successorship and the use of contractors. A union contract is instrumental in protecting journalists and journalism during unpredictable times. We encourage everyone who crafts content for a living to join together in a union.”