NEW YORK, NY (DECEMBER 2, 2014) – The Writers Guild of America, East (WGAE) is pleased to announce Larry Wilmore as host of the 67th annual Writers Guild Awards New York ceremony, to be held on Saturday, February 14, 2015, at the Edison Ballroom in New York City.

A multifaceted talent, Wilmore will next be seen on television anchoring the highly-anticipated Comedy Central news program, THE NIGHTLY SHOW WITH LARRY WILMORE, which will premiere on January 19, 2015. He has served as the “Senior Black Correspondent” on THE DAILY SHOW WITH JON STEWART since 2006.

Most recently, Wilmore helped launch ABC’s BLACK-ISH, serving as executive producer. He also created, wrote and executive produced THE BERNIE MAC SHOW, which earned him a 2002 Emmy Award for “Outstanding Writing for a Comedy Series” and a 2001 Peabody Award.

Wilmore has been nominated for four Writers Guild Awards, including three for his work on THE OFFICE.

The Writers Guild Awards honor outstanding writing in film, television, new media, videogames, news, radio, promotion and graphic animation categories. The awards will be presented jointly by Guilds East and West at simultaneous ceremonies on Saturday, February 14, 2015, in New York City at the Edison Ballroom and in Los Angeles at the Hyatt Regency Century Plaza.

For more information about the 2015 Writers Guild Awards, please visit www.wgaeast.org or www.wga.org. 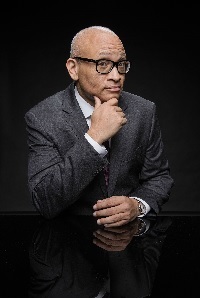 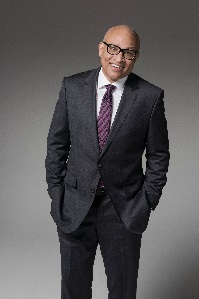