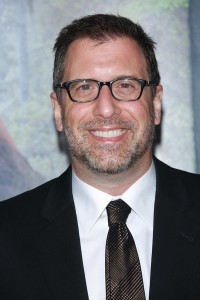 NEW YORK, NY (December 17, 2015) – The Writers Guild of America, East today announced that Richard LaGravenese will be honored with the Ian McClellan Hunter Award for Career Achievement at the 68th annual Writers Guild Awards at the Edison Ballroom in New York City on February 13, 2016.

A member of the Writers Guild since 1986, Richard LaGravenese is the prolific and poetic screenwriter of seventeen feature films, most notably THE FISHER KING. The film, directed by Terry Gilliam and starring Robin Williams and Jeff Bridges, was nominated for a 1992 Writers Guild Award and five Academy Awards, including Best Writing, Screenplay Written Directly for the Screen.

He has directed many of his own screenplays, including LIVING OUT LOUD, P.S. I LOVE YOU, BEAUTIFUL CREATURES, THE LAST FIVE YEARS and the Humanitas Prize winning FREEDOM WRITERS.

He co-produced and co-directed with Ted Demme the Emmy-nominated film documentary A DECADE UNDER THE INFLUENCE. The film, which was Demme’s final project before his passing, was a look at the enduring influence of 1970’s American cinema.

He adapted Scott Thorson’s memoir of his relationship with Liberace for HBO’s BEHIND THE CANDELABRA, which earned him an Emmy Nomination for Best Writing in Television Movie/Mini Series and a BAFTA nomination for Best Screenplay

Established in 1992, The Ian McLellan Hunter Award is presented to a Guild member in honor of his/her body of work as a writer in motion pictures or television. Named in memory of longtime WGAE member Ian McLellan Hunter, who was harassed by the blacklist in the 1950s and went on to write several successful television series under a pseudonym and then reemerged as a writer on many television projects. Past recipients include Ring Lardner, Jr., Nora Ephron, Ernest Kinoy, Walter Bernstein, Ruth Prawer Jhabvala, David Simon, Claire Labine, Alan Zweibel, John Patrick Shanley, Andrew Bergman, Marshall Brickman and, most recently, Paul Haggis.

“The career of Richard LaGravanese is a continuing source of pride to his colleagues in the Writers Guild of America, East,” said Michael Winship, President of the Writers Guild of America, East. “With sensitivity and a sure grasp of the human condition, Richard’s screenplays poignantly capture the vicissitudes of life. His creativity and skill bring to all of his work a distinctive point of view that wins the hearts and provokes the minds of anyone lucky enough to see a film that bears his credit.”

The Writers Guild Awards honor outstanding writing in film, television, new media, videogames, news, radio, promotional, and graphic animation categories. The awards will be presented at simultaneous ceremonies on Saturday, February 13, 2016, in New York City at the Edison Ballroom and in Los Angeles at the Hyatt Regency Century Plaza.