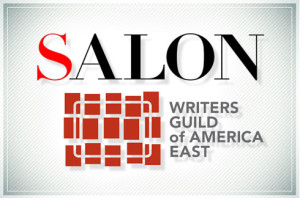 NEW YORK, NY (AUGUST 1, 2015) – Salon Media has agreed to recognize the Writers Guild of America, East (WGAE) as the collective bargaining representative of its editorial staff, whose decision to unionize was unanimous.

“The men and women who write, edit, and produce stories for Salon.com have gained a voice on the job, and the intelligence and unity they have brought to the project is an inspiration,” said Lowell Peterson, Executive Director of the Writers Guild of America, East.  “For twenty years Salon has been a bastion of progressive thought and action, and we are very pleased that Salon management has reaffirmed its commitment to take the high road, to recognize and respect its employees’ right to organize.  We look forward to continuing a productive relationship with the company.”

The bargaining unit includes all of the editorial staffers who signed up for representation several weeks ago.  The parties have agreed to begin negotiations for a collective bargaining agreement promptly.