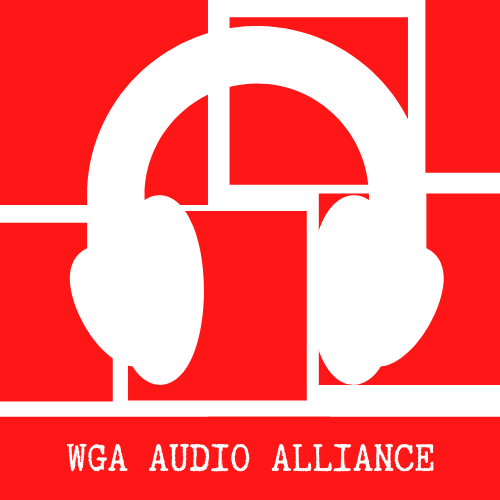 NEW YORK, NY (October 13, 2020) – The Writers Guild of America, East (WGAE), in conjunction with writers of scripted fiction podcasts, has launched the WGA Audio Alliance to support audio fiction writers working to organize high budget scripted podcasts and to connect the wide network of writers of audio dramas and comedies.

In the last two years, the Guild has organized several nonfiction podcast companies, including Gimlet, The Ringer, and – most recently – Parcast. And while most of the 600,000 podcasts available at any one time are nonfiction podcasts like those produced by these companies, scripted audio dramas and comedies are a rapidly growing part of the market – and increasingly a source of work for writers of other mediums, including Guild members who write for film and television.

Writers who make those podcasts possible should receive fair compensation, pension and health benefits, and credit for their work, and the WGA Audio Alliance aims to empower all writers to ask for their high budget podcasts to be covered under the Minimum Basic Agreement. Equally, the Guild is committed to the diversity of audio fiction writers: this medium has long been one in which diverse voices are able to tell their own stories, and working to preserve that richness as the industry grows is critical.

As part of the WGA Audio Alliance, the Guild aims to be a resource for all writers — from indie creators to writers of high budget podcasts — and has made available the following:

Lowell Peterson, Executive Director of the Writers Guild of America, East, said, “Companies like Audible and Spotify monetize scripted podcast work through ad sales and subscription revenue, and production entities (including TV networks) often use scripted podcasts to inexpensively generate IP that they can turn into a film or television series. As production of scripted podcasts reaches new heights, it has become increasingly clear that people who craft these programs should be protected by Guild contracts, and should participate in the value created by their work.”

Beau Willimon, President of the Writers Guild of America, East, added, “Major companies are investing in scripted podcasts because of the talent of the writers and the quality of the storytelling in the space.  Ultimately, a script is a script — writing an audio drama or comedy requires no less skill or creativity than writing for film and television — and scripted podcast writers are as entitled to quality benefits and protections as their counterparts in film and television.  As the industry grows, the Guild is committed to protecting the writers who have made audio fiction great, and to ensuring that as more and more writers work in the industry, all writers are able to expect fair standards, access to health and pension benefits, and strong protections from their Guild.”