WGAE Statement on the Arrest of VICE News’ Alex Thompson 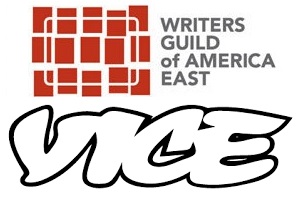 “This weekend, VICE News journalist Alex Thompson, who is represented by the Writers Guild of America, East, was arrested while trying to cover an event for Republican Presidential candidate Donald Trump at the Omni Westside Hotel in Houston.  We condemn this latest assault on accurate and vigorous journalism and the First Amendment.   Journalists must be free to do their work without being hauled into jail, or into court.”