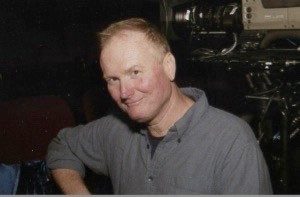 NEW YORK, NY (January 3, 2017) – The Writers Guild of America, East is proud to announce that it will present Steve O’Donnell with the Herb Sargent Award for Comedy Excellence at the 2017 Writers Guild Awards ceremony at New York’s Edison Ballroom on Sunday, February 19, 2017.

The Sargent Award is awarded to a writer who embodies the spirit, commitment and comic genius of Mr. Sargent, as well as his dedication to mentoring new writers. A legendary writer and television producer, Sargent served as president of the WGAE for 14 years and his credits include being a writer/producer of SATURDAY NIGHT LIVE for more than 20 years. The Sargent Award has been presented to influential comedy writers Judd Apatow, Gary David Goldberg, Norman Stiles, Lorne Michaels and James L. Brooks.

A Guild member since 1982, O’Donnell has mentored a whole generation of late night comedy writers who have been influenced by his irreverent reverence for crafting jokes that are unpredictably edgy and sublimely brilliant.

“This is an especially wonderful honor coming from my friends and peers in the Writers Guild of America, East, the group I respect and love more than any other.  I suppose I should add ‘except for my family’–but they’re actually a bunch of jerks.  No, no!  I’m joking!  That’s what I do for a living,“ said O’Donnell.  “I did extensive and exhaustive research—and guess what I found out?  Young writers are our future!   If I’ve been encouraging them, it’s just good common sense.  I’m being light-hearted, when – in fact – I couldn’t be more seriously honored and humbled, especially as this comes from the Guild which has had such professional and personal importance in my life.”

O’Donnell was first hired by Dave Letterman in 1982 and served as Head Writer on NBC’s LATE NIGHT from 1983 to 1992 and as a writer on CBS’s THE LATE SHOW from 1993 to 1995. He led the writing of memorable reoccurring segments “The Top 10 List,” “Calling Meg, the Office Worker in the Building Across the Street,” “Across the USA with the Gift Shop Clerks from Bangladesh” and ” Dave’s Mom in Norway.”

He worked as Head Writer for JIMMY KIMMEL LIVE from 2003 to 2008.  In addition, he was written for THE CHRIS ROCK SHOW, THE DANA CARVEY SHOW, SEINFELD, THE SIMPSONS, LATELINE, THE BONNIE HUNT SHOW, NORM MACDONALD LIVE and WHY? WITH HANNIBAL BURESS. He has been nominated for 20 Emmy Awards.

The 2017 Writers Guild Awards New York ceremony will be hosted by Lewis Black.

The New York ceremony is sponsored by Vision Media Management and Elite Logistics and Fulfillment.