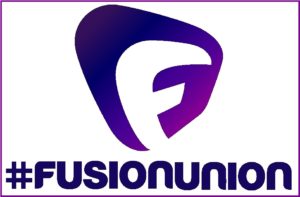 NEW YORK, NY (NOVEMBER 4, 2016) – One and half months after an overwhelming majority of Fusion.net’s editorial staff signed union cards with the Writers Guild of America, East (WGAE), the Univision-owned Fusion Media Group agreed to proceed with an online vote in the next week to confirm the unit’s decision to unionize.

On November 3rd, the Fusion Union Organizing Committee sent management a letter declaring it was prepared to take action at bureaus across the country if the company didn’t accept a unit that appropriately reflects today’s digital media newsroom and announce a date for a union vote. The company agreed to both of the Committee’s terms.

Fusion.net would be the first digital news site within the Fusion Media Group to unionize. The company recently acquired Gawker Media and assumed its existing WGAE union contract. In addition, Univision’s popular African-American digital news site, TheRoot.com, is still waiting for the company to voluntarily recognize the union – 100% of the editorial staff signed union cards.

“The editorial employees who create Fusion’s digital content understand solidarity and collective action,” said Lowell Peterson, Executive Director of the Writers Guild of America, East. “We are eager to begin the important work of negotiating a contract and ensuring that their voices are heard in the workplace.”

“We’re glad to put this part of the process to bed after a month of requests for voluntary recognition and negotiations for an inclusive bargaining unit,” the Fusion Union Organizing Committee said in a statement. “We’re incredibly excited to meet at the bargaining table, but there is more work to be done. We’d also like to take this time to acknowledge our solidarity with our colleagues and fellow Fusion Media Group employees at The Root.”

In addition to the Gizmodo Media Group (formerly known as Gawker Media), the WGAE is the collective bargaining representative of digital media outlets VICE, The Huffington Post, Salon and ThinkProgress.