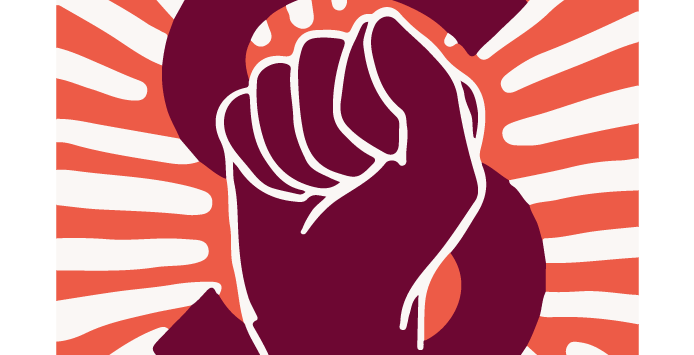 In January 2022, Slate’s staff unit unanimously ratified their second union contract after over 1,000 readers and listeners sent letters to Slate’s executives in support of the union. Some of the highlights of the second agreement include salary minimums rise to $58,000 by 2024, up from the current minimum of $51,000; 13 weeks of paid parental leave, increased from 8 weeks;
and a $10,000 annual budget for diversity initiatives.

It’s a new day at Slate! We are so thrilled to announce that we have signed a contract with management—and our unit has ratified it with an overwhelming majority! /1

The Slate staff union with the WGA East was voluntarily recognized by management on January 23, 2018, after the majority of eligible employees voted in favor of unionizing via a third-party election.
The Slate organizing committee had this to say:
Today, a majority of Slate’s editorial staff voted in favor of unionizing with the Writers Guild of America, East. We’re thrilled by the result of today’s vote, and grateful that Slate management agreed to let us conduct it in an independent and fair fashion.
We are proud to join the growing number of digital media workers invested in collective action and ensuring we have a voice in creating a better workplace with stronger protections. When we first started this process last year, we were brought together by our mutual desire for practical improvements to our workplace – specifically, we were focused on gaining fairer pay, clearer policies around termination and severance, and increased focus on diversity.
Throughout this process, we have found that talking together with our colleagues to understand what we value in our workplace has given us a greater sense of appreciation for each other and our work. We feel confident that we can create a contract with input from all our colleagues that will improve standards, offer necessary protections within our volatile industry, and preserve the aspects of the workplace we love.
Read more about it here.

Slate’s editorial staff has decided to unionize with Writers Guild of America East. We are delighted to announce this development, and given that 90 percent of eligible staff have signed cards affirming their commitment to the union after considerable discussion, we are confident this is the right step forward for us. We’re proud to work for Slate, and we feel that unionizing will help us ensure that it is the best possible place to work. We’re particularly excited about unionizing as a way for us to put our progressive values into action. We call upon Slate’s management, as well as the Graham Holdings Company, to voluntarily recognize the Guild as our collective-bargaining representative.
Slate has decided to unionize because we believe collectively creating a contract that ensures critical workers’ rights for all employees, to be applied universally across the staff, will help create a more fair and stable workplace. Digital media is an industry in constant flux, and given Slate’s recent growth, we feel that now is the time to solidify certain protections and rights that will not only ensure that our workers are fairly compensated, but will help to create better industry standards and make Slate more competitive in the field.
More specifically, there have been a few key issues that have brought us together and helped us decide to organize. This list is by no means exhaustive, but it should help to illuminate why we believe now is the right time to begin this process, and what we hope to achieve.
Compensation and Benefits: Management took a step in the right direction this year by creating respectable salary floors for different positions. We hope to formalize these floors in our contract, while guaranteeing a cost-of- living adjustment for all staffers each year. We also hope to make bonuses clear and consistent. To ensure that employees can build healthy and sustainable careers at Slate, we believe we have a right to be involved in discussions and decisions that affect our benefits, and to clarify policies around health care, paid leave, parental leave, and book leaves. We believe that having a seat at the table will result in more security and fairness among workers.
Termination, Disciplinary Actions, and Severance: We work in a volatile industry, and we want to ensure that we have fair and appropriate protections and processes in place if layoffs are to occur again. We seek to establish transparent standards and procedures around discipline and termination that will ensure that all workers are treated equally and respectfully. Our contract will aim to set clearer standards to govern the termination process, as well as to ensure a severance package that guarantees a minimum and adjusts that amount in accordance with time served at Slate.
Diversity: We feel strongly that the best journalistic product is created by staffs that are representative. We have a great deal of work to do on that end at Slate, and we believe that unionizing will help us create standards for increasing diversity among the Slate editorial staff. We hope to create a mechanism that will hold management accountable to those goals, and we believe that formalizing a commitment to an improved and more inclusive hiring process will help us build a better magazine and live up to our principles.
Finally, we appreciate and understand that flexibility is essential to the success of our company and our site. We believe that as employees, we are equally invested in Slate’s health, success, and longevity. We feel strongly that we can create a contract that ensures that management is able to continue its work in making the site the strongest it can be, but one that also offers us essential protections while doing so.
Ultimately, this contract will allow our employees to feel appropriately protected and compensated for our work, which will allow us to create the best product possible. We’re excited to gain a seat at the table and look forward to working together.

Back to top
Back To Online Media Shops