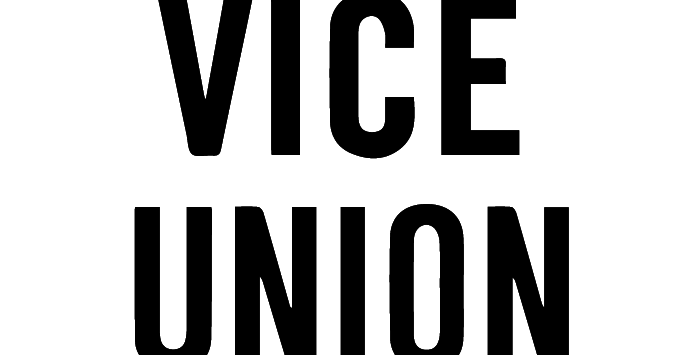 One Vice, One Contract

In December 2021, the VICE union ratified a new collective bargaining agreement that consolidates VICE’s four previous union contracts into a single landmark agreement. Previously, the WGAE had four contracts at VICE representing four main editorial verticals: VICELAND, VICE News, VICE Digital, and VICE Editorial. The new agreement sees all four units working under one Guild contract with the minimum salaries set to go up to $63,000 by the end of the contract, and with all unit members receiving minimum yearly raises ranging from 3% – 3.75%, among other significant provisions.

In January 2019, the Guild-represented staffs at VICE Editorial, VICE News, VICELAND and Vice Digital ratified each of their four collective bargaining agreements.
The VICE Editorial agreement renews the contract first ratified in 2016; the rest are first-time agreements for people who create content at the company’s other online and television platforms.
You can read all of the new contracts here:

The contracts establish new and expanded companywide policies and practices, including codifying anti-harassment and anti-bias policies and trainings, stipulating gender pronoun use in the workplace, providing gold standard benefits for transgender and people that identify as gender non-conforming, enacting explicit protections against online harassment and a commitment to interviewing diverse candidates for open positions. The contracts also include robust non-discrimination language pertaining to race, gender identify, socio-economic status, criminal convictions and more.
Additional highlights from the four contracts include:

The WGAE represents over 320 creative professionals in virtually all of the many aspects of VICE Media: Viceland TV, HBO Nightly News, HBO weekly news, and all of the digital verticals of VICE. The digital editorial employees organized in 2015 and won a collective bargaining agreement.
In the fall of 2017 the employees at VICE News and Viceland TV won union recognition and began contract negotiations. More on that here.

On April 15, 2016, the Writers Guild of America, East (WGAE) and VICE Media announced a tentative agreement on a first-ever collective bargaining agreement. The contract was later ratified by the VICE editorial staff union (click here to read it).
The agreement includes an economic package worth 29% over three years, protections on the current health insurance offered employees, protections for employees to engage in non-Vice work, a policy providing for compensatory time off when employees work on weekends or other scheduled days off, guaranteed severance pay, and a commitment to meet on a monthly basis to discuss workplace issues.
“We are deeply proud to announce the major gains made in this agreement, and excited to bring a contract to our members for a vote,” said Matt Taylor, crime editor at VICE.com and a leader of the bargaining committee. “Through hard work and solidarity, we reached a deal that includes unprecedented economic changes, as well as provisions that are specific to today’s creative workplaces in the digital space. This agreement acknowledges the vital role that editorial plays in VICE’s success and growth, and we look forward to working together to make sure VICE remains the international media powerhouse it’s become. We also believe this contract demonstrates the enduring value of organized labor in journalism and the broader economy.”

In August 2015, the editorial staff of VICE Media’s digital operations secured union representation with the Writers Guild of America, East (WGAE). The staff sent a letter to Founder and CEO Shane Smith and his executives requesting that the company recognize their decision to unionize, and management agreed without hesitation. The parties intend to begin the process of negotiating a collective bargaining agreement shortly.
In their letter to executives, the employees wrote, “We are proud of the work we do here at VICE. We love being part of a company that is changing media and having an impact on the world. We believe that a union is a logical step for the long-term legacy of the company.”
“The men and women who write, edit, and create content for Vice craft some of the most compelling stories available in the digital realm. They are find innovative ways to reach people, to inform, to entertain and to engage,” said Lowell Peterson, Executive Director of the Writers Guild of America, East. “The WGAE is excited to work with these creative professionals, who want and deserve a seat at the table.”

Since its inception, VICE has grown by leaps and bounds. When Shane Smith tells us that we are beating every other media company in terms of growth, charging through as the “Time Warner of the streets” in VICE’s words, we listen. This was a company built for young people and by young people. But youth is fleeting. As VICE continues to grow up and older, so will its employees. Likewise, we employees will continue to face challenges of today as we age: paying rent, staying healthy, providing for families, seeking advancement, saving for retirement. We find it necessary then to act on these issues now, and plan for our future.
When Shane recently wrote us his “we are the punks again” message, we couldn’t have agreed more when he said now is our time to service “our ever-growing millennial audience who are being left out of the political and socioeconomic status-quo, despite being the largest demographic on Earth.” We believe in addressing the needs of our time. That’s why we are currently building a union that embodies our beliefs and stands up for our interests. We want VICE management to fully respect the people who help make VICE the dynamic company that it is. What’s more, as many at VICE have learned the hard way – trying on your own to negotiate your position or compensation often does not get you very far. Working together, we can all have some leverage, and benefit in our negotiations.
We have outlined core areas at the heart of this effort, and they are described as follows. We hope our fellow VICE employees will join in the conversation and contribute what is important to them as well:

VICE is an industry leader in its product offering. It should also be an industry leader in the compensation and benefits packages it offers its freelance and staff employees. In too many respects, with regards to rewarding work, VICE now lags rather than leads. Under the new Trump administration, in which journalists have been branded as enemies and protections for employees are jeopardized, it is all the more imperative that VICE demonstrate robust support for its employees. Such support starts with appropriate compensation: regular raises to address increases in the cost of living, rates of pay that adequately reflect the responsibilities we are assigned, overtime and kill fee policies that compensate us accordingly for long hours and changes to project schedules. A progressive employer further supports its employees in ways that go beyond the paycheck: support such as strong healthcare benefits for both staff and freelance employees, retirement benefits, childcare, as well as maternity and family leave.

We are committed to making VICE an inclusive working environment where people of various races, ethnicities, religions, sexual orientations, gender identities and physical ability can come together to make great content. We call upon management to create more opportunities for people of color and women in VICE’s day-to-day operations. In these times of international political turmoil, we also seek real financial and administrative assistance in supporting our international hires. Our union will help ensure that VICE’s commitment to diversity is realized through concrete policies and procedures.

In the absence of a collective bargaining agreement, too often we VICE employees lack a clear and consistent understanding of what is expected of us and what we can expect of the company. As a consequence, some of management’s decisions can seem arbitrary or capricious. For each of us to excel in our work, we need to know the standards according to which decisions are made about such critical concerns as promotions, pay raises, staff versus permalance status, assignment of responsibilities, disciplinary actions, and terminations. A union contract establishing agreed-upon, transparent standards for such decisions will help ensure that each of us performs to the best of her or his ability.

We believe in the mission of VICE, and we hope to build sustainable careers with the company. Patterns of unexplained firings and layoffs undermine our ability to commit ourselves to the company’s mission for the long term. Moreover, we need clear paths by which we can advance our employment at VICE. The current system of reviews and conflict resolution result in too much uncertainty about our future prospects with the company.

We require editorial freedom to inform and stimulate our audience without censoring our content based on VICE business relationships. When it comes to any content tied to branded projects, expectations for any work on the branded content should be a clearly delineated part of work agreements that VICE employees are a part of forming, not duties added to existing job responsibilities without consultation and negotiation.