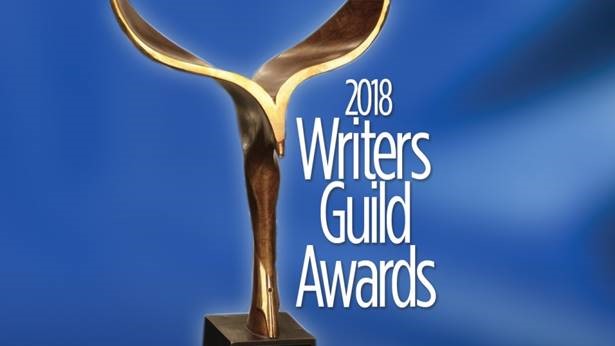 Get Out, Written by Jordan Peele; Universal Pictures

Call Me by Your Name, Screenplay by James Ivory; Based on the Novel by André Aciman; Sony Pictures Classics

Molly’s Game, Screenplay by Aaron Sorkin; Based on the Book by Molly Bloom; STX Entertainment

Mudbound, Screenplay by Virgil Williams and Dee Rees; Based on the Novel by Hillary Jordan; Netflix

Documentaries eligible for a Writers Guild Award featured an onscreen writing credit and were exhibited theatrically in Los Angeles or New York for one week during 2017. Theatrical documentaries must have been produced under the jurisdiction of the WGA or an affiliate Guild to be eligible for awards consideration.