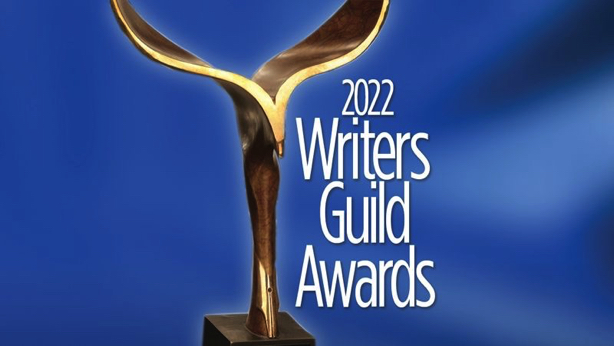 Exposing Muybridge, Written by Marc Shaffer; Inside Out Media

“Alone At Last” (The Great), Written by Tony McNamara; Hulu

“The Tale of the Midnight Magic” (Are You Afraid of the Dark?), Written by JT Billings and Alex Ebel; Nickelodeon

“‘Men’s Rights Asians’ Think This Is Their Moment,” Written by Aaron Mak; Slate.com

Barry Jenkins received WGAW’s Paul Selvin Award for the episode “Chapter 9: Indiana Winter” of the series The Underground Railroad (Teleplay by Barry Jenkins). The Selvin Award is given to the script that best embodies the spirit of the constitutional and civil rights and liberties that are indispensable to the survival of free writers everywhere.

*Subscribe to the Guilds’ YouTube channels to be notified when highlights become available over the next several days.

For more information about the 2022 Writers Guild Awards, please visit: awards.wga.org or wgaeast.org/awards.