Learn the basics of pitching in this virtual session with Pitching Coach Jamie Zelermyer.

In this session we will discuss general structure and goals while learning how to incorporate plot, character, comps and tone. We will also discuss the new world of Zoom pitching. Please come prepared to do a 2- to 3-minute verbal pitch for feedback. 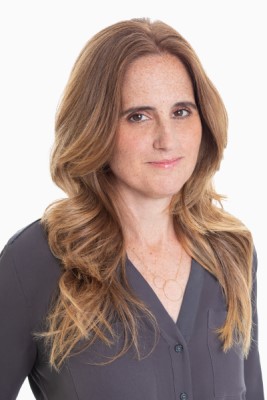 Jamie Zelermyer has been a New York based Producer and Production Executive for the past 20 plus years. She also conducts film and television pitching workshops and does one-on-one consultations. In 2019, she produced IFP Week, a signature program of the Independent Feature Project (IFP). Before that, she was the Program Manager of Made In New York: Pilot Competition, a program founded by The Mayor’s Office of Film Media and Entertainment to foster gender inclusivity in the television industry. Jamie executive produced the two winning half-hour pilots and season one of the winning show, HALF LIFE, starring Larisa Oleynik and Nancy Giles. She also produced RATTER, starring Ashley Benson and Matt McGorry, which was released by Sony Worldwide in March 2016. She was the VP, Physical Production at Focus Features / Rogue Pictures for six years ending in November 2012. At Focus, she oversaw such movies as ADMISSION, ONE DAY, JANE EYRE, SIN NOMBRE and MISS PETTIGREW LIVES FOR A DAY. Before Focus, Jamie was a Line Producer and Production Manager working on films such as IGBY GOES DOWN, BOYS DON’T CRY AND YOU CAN COUNT ON ME. Over the years, she has had the privilege to work with a number of notable directors including Steve McQueen, Lone Scherfig, Kenneth Lonergan, Cary Fukanaga and Kimberly Pierce. Jamie is the President of the Board of Directors of New York Women In Film and Television, and is an active adviser on NYWIFT’s The Writer Lab, a program for female Writer’s over 40 funded by Meryl Streep.

Register your pitch for this event:

This is a great opportunity to hone your presentation and get your idea in a safe space. All material being pitched must be registered with WGAE prior to the event.

This invitation is nontransferable, for members only.