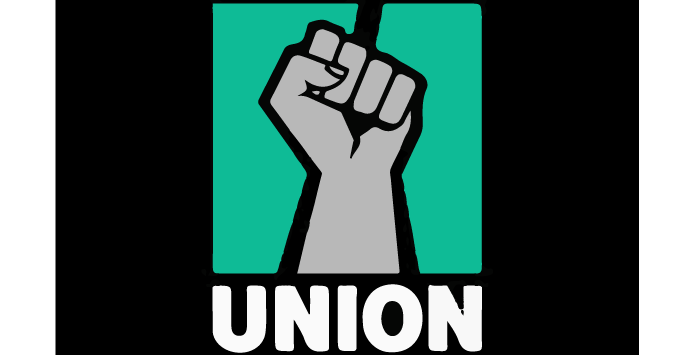 In February 2020, HuffPost Union’s 125-member bargaining unit ratified their second collective bargaining agreement with the WGA East.
The HuffPost Union Bargaining Committee said, “We are so proud of our second union contract, which was negotiated over several months and culminated in an intense four-day marathon of bargaining. We were able to tackle a very challenging and at times emotional process because of the mutual respect, support and solidarity we felt from our entire unit from beginning to end. By sticking together as a collective, we were able to preserve past wins on pay and severance, as well as secure critical new protections — including legal support, additional time off for night and weekend workers and a commitment to interviewing at least one diverse candidate for every job opening. And if HuffPost gets sold, our hard-won union contract remains in place, thanks to our new successorship clause.”
Read more about the contract highlights, or read the full second contract.

In January 2017, the editorial staff at The Huffington Post ratified its first collective bargaining agreement.
The collective bargaining agreement includes major gains on pay, protections of journalistic integrity and a platform for the editorial staff to have an ongoing voice on the job.
The compensation terms ensure transparency and fairness, and lock in real pay raises and pay minimums based on system job titles. The contract guarantees that no unit member will receive less than a 3% per year increase, and many will receive substantially more. The new minimums and title adjustments address below-market pay issues, so a number of employees will receive increases of $10,000 – and in some cases as much as $20,000 – over the life of the agreement.
Read more about the first HuffPost union contract.

HuffPosters won union recognition on January 14, 2016. Upon recognition, the Organizing Committee shared the following statement:
“We are pleased to announce the recognition of our union. The unionization of HuffPost’s editorial staff is another example of our newsroom practicing what we preach. Our campaign to win union recognition has united us in many ways. We’ve come together as a community across regions, departments, and positions to work towards a shared vision. The challenges and many steps in this process have brought us together and reaffirmed our commitment to bargaining a strong and fair contract. As we’ve stated from the very beginning, we’re proud to call ourselves HuffPosters, which is why we look forward to continuing to advocate for each other, our workplace, and our profession.”
For more see HuffPost’s Media Reporter Michael Calderone on the campaign.

On October 7, 2015, the HuffPost Organizing Committee announced their union drive in the following letter to their colleagues:
As you may have already heard, some of us have been in talks with the Writers Guild of America, East to organize a union. Our effort is still young, and we want to hear from everyone. The more people involved, the better the ultimate outcome will be. We’ve heard from our editor-in-chief. Now let’s talk to each other.
The creative freedom we enjoy is one of the things that makes HuffPost a great place to work. We believe organizing is the best way both to preserve what’s already working and to bring about positive change. Simply, a union will give us a voice in our newsroom’s future. Our colleagues at ThinkProgress, Salon, The Guardian US, Gawker, Vice and Al Jazeera America have all come to the same conclusion.
Below are some of the reasons why we want to unionize. They are just a starting point.
Compensation & Pay: One of the chief goals of unionizing would be to make pay and compensation more transparent and equitable. Creating compensation standards is one of the basic elements of a union contract. We hope to negotiate salary minimums (not maximums); clarify the relationship between workload, pay and titles; and create a fair, regular process for raises.
Clear Job Responsibilities: It is natural for one’s job responsibilities to shift over time depending on the needs of the company, and the freedom to collaborate with colleagues and work flexibly is one of the things that makes HuffPost great. But dramatic changes to employees’ workload and responsibilities, made without employee input, hinder our ability to produce our best work. Through contract negotiations, we hope to establish protocols for changing or adding work responsibilities, and adjusting compensation accordingly.
Establishing Standards for Hiring, Firing and Disciplinary Actions: We need to hire the best people possible in order to keep doing great work. The current hiring process is lengthy, highly subjective, and involves too many levels of review. We miss opportunities to bring on talented people as a result. We would like to see a hiring process that is efficient and sensitive to the needs of our various teams.
Terminations and disciplinary actions should also be transparent and fair. In order for HuffPost to attract and retain the talent we need to be competitive, we should have standards and procedures in place for judging performance, allowing employees to improve based on feedback, and, if it’s appropriate, letting people go. A union contract could allow us to set clear standards, as well as a process to protest unfair disciplinary actions and termination.
Diversity: HuffPost has taken a strong editorial stance in favor of diversity, but this diversity is not reflected among the staff. We would like to formalize our commitment to inclusivity in hiring, and keep HuffPost accountable to that commitment. A union is a formal mechanism to advocate for each other and to address systemic issues at the company on an ongoing basis.
Editorial Freedom and Independence: The only way to ensure HuffPost reporters and writers can hold the monied and powerful accountable is if they are guaranteed protection from retaliation. By negotiating a contract, we hope to formalize HuffPost’s commitment to fearless journalism so that powerful people and institutions can’t use their influence to dictate our coverage or squash stories that are unflattering.