The New York Screenwriters Workshop is a weekly intensive that runs from late March through August 2020. The Workshop is for early-career, New York City-based screenwriters who are under-represented in the film industry and have demonstrated a rigorous commitment to their craft. Up to eight writers will be provided with both a screenwriting mentor and an executive mentor, as well as seminars, receptions, and other introductions, as they develop a new feature-length screenplay during the Workshop. Featured seminars include Crafting a Story for a Global Audience, Independent vs. Studio Development, the Business of Writing, How to Pitch Your Project, and Working Relationships between Writers and Producers. The Workshop will culminate with table reads of the participants’ works and an exclusive dinner with leaders of the New York film industry.  The goal of the New York Screenwriters Workshop is to diversify the writers who have access to the meetings and projects that offer career sustainability.

The New York Screenwriters Workshop is a partnership between FilmNation Entertainment and the Writers Guild of America, East, as they continue their championing of industry inclusion and fostering communities of writers. The Workshop marks FilmNation Entertainment’s and WGA East’s commitment to serving diverse, emerging talent and supporting New York City as a thriving hub of the entertainment industry. Final Draft is serving as the sponsor of the 2020 Workshop and will provide Workshop participants with software and other promotional materials. 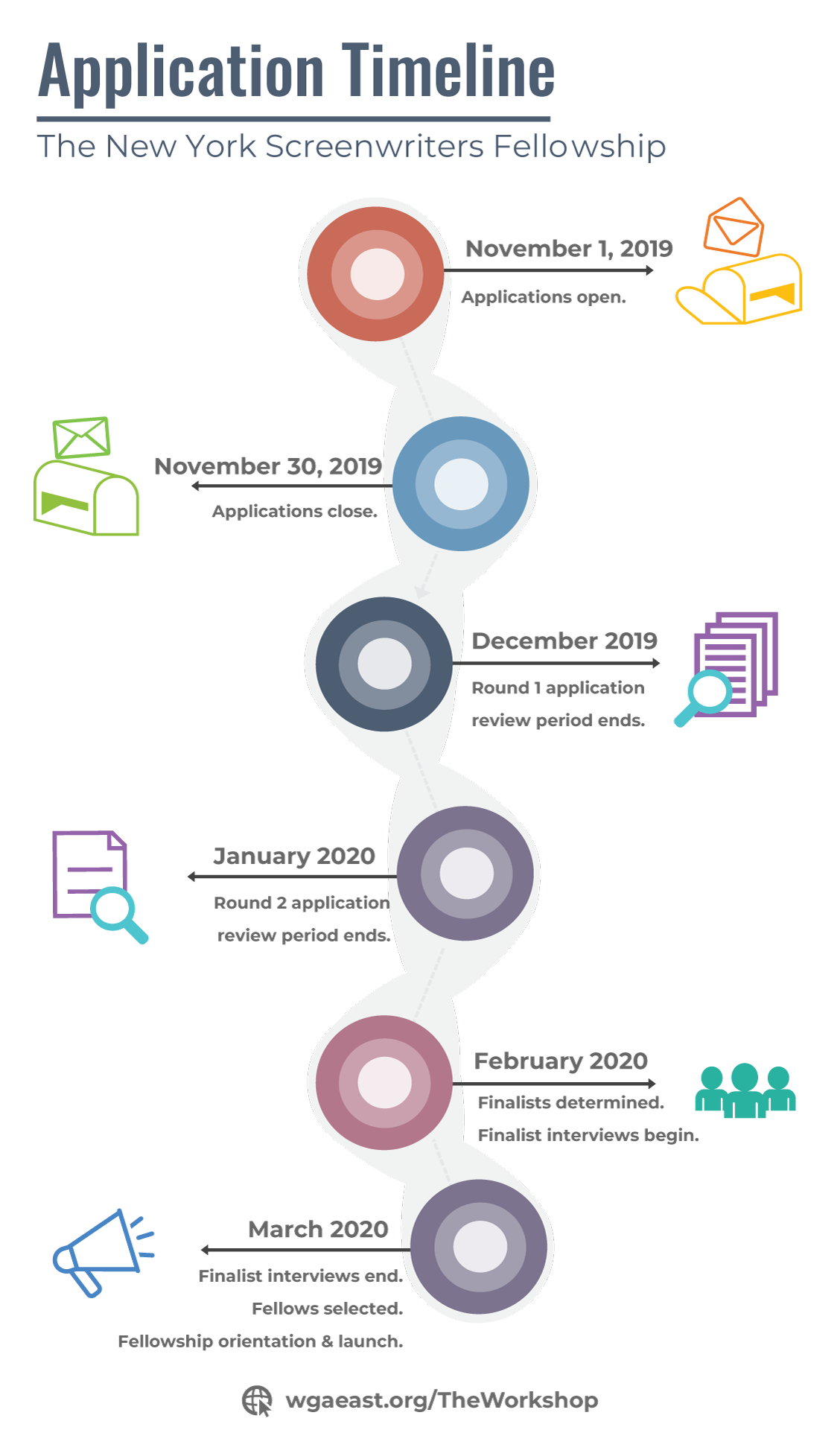 The New York Screenwriters Workshop seeks under-represented writers, who are at least 18 years of age and based in New York City and the surrounding area, with at least one completed feature-length screenplay, and no more than one feature-length film, which cannot exceed a budget of $5M. The program will require in person attendance at seminars and group writing sessions a minimum of two evenings per week for the duration of the program (March through mid-August) at either the WGA East office or the FilmNation Entertainment office in New York City.  Writers who cannot commit to attendance at these events should not apply. The Workshop expects all applicants to have awareness of statistics and research related to the lack of industry inclusion and apply mindful of the spirit of the program.

The application period for the program is closed. Fellows will be announced in 2020.

Our inaugural fellowship has been announced!